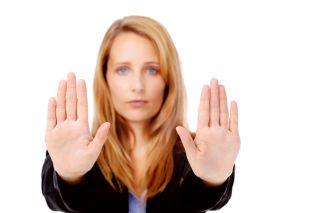 9/11/2010
Changes in the economy and the business environment have forced some organizations to change the way they do business. Whether we like it or not, managers and supervisors are the ones who have to implement the changes. In addition to the more traditional skills we possess as supervisors, it is critical that we understand our role as leaders, or change agents, in these rapidly changing times. Unfortunately, all employees do not respond to change with the attitude, “Fantastic: another organizational change, and I’m excited to be a part of it!” Given that change is here to stay, why do some people seem to dig in their heels and resist it at all costs? The following 10 reasons best describe why some people have a tough time changing their mindsets and behavior:

Resistance to change may be rooted in fear. During periods of change, some employees may feel the need to cling to the past because it was a more secure, predictable time. If what they did in the past worked well for them, they may resist changing their behavior out of fear that they will not achieve as much in the future.

Doing things in the same routine, predictable manner is comfortable. Asking people to change the way they operate or think is asking them to move outside their comfort zone.

Some employees may see a change only from the perspective of the impact it has on them and their particular jobs. Not seeing the big picture, they may fail to recognize the positive impact of the change on the organization as a whole. Thus, they may find the change disruptive and totally unnecessary.

Familiar routines help employees develop a sense of control over their work environment. Being asked to change the way they operate may make employees feel powerless and confused.

Employees operating within predictable routines know their support system will back them up during challenging times. Changing the organizational structures may shake their confidence in their support system. They may worry about working for a new supervisor, with new employees or on unfamiliar projects because they fear that if they try and fail, there will be no one there to support them.

Some employees seem to have the attitude, “Please don’t confuse me with any facts or supporting documentation about this change–I’ve already made up my mind!” Employees with this attitude approach the change process with their minds firmly made up, muttering, “No way!” during discussions and explanations of the future.

Some employees, hesitant to try new routines, express an unwillingness to learn anything new. They may say, “I already know all that I need to know.” Like resistant employees who have already made up their minds that the change won’t be productive, employees reluctant to learn something new impede the organization’s growth and adaptation to change. They also hinder their own personal growth and development.

8. Fear that the new way may not be better

If things have been going well, some employees may resist change because they fear that the change will not result in improvement. Focusing only on their part of the operation, they fail to realize that change is needed in order for the organization to stay competitive. They may resist forward movement because they are satisfied with the way things are going. Their current status is quite sufficient, and they wish to maintain business as usual.

9. Fear of the unknown

Employees may resist change simply because it is something unfamiliar. Not knowing much about the specifics of the change, they may imagine a worst case scenario, which can be very scary. They let fear of the unknown become their rationale for not giving the change a chance. These employees may acknowledge that a problem exists and agree that a change might improve it. However, they worry that the proposed change might actually make things worse! Their fear causes them to place roadblocks in the movement toward change.

Viewing change from a personal standpoint, some employees may respond by asking how the change will benefit them directly. Will it make their job easier? Will they have to work harder? Will the change put their job security in jeopardy? Will the change force them to work with different people or learn a new job? These are all initial responses you may experience when you announce an organizational change to employees. Once you understand why some employees resist change and realize that their reactions are perfectly normal, you will be better able to change their attitudes and turn their resistance into cooperation.